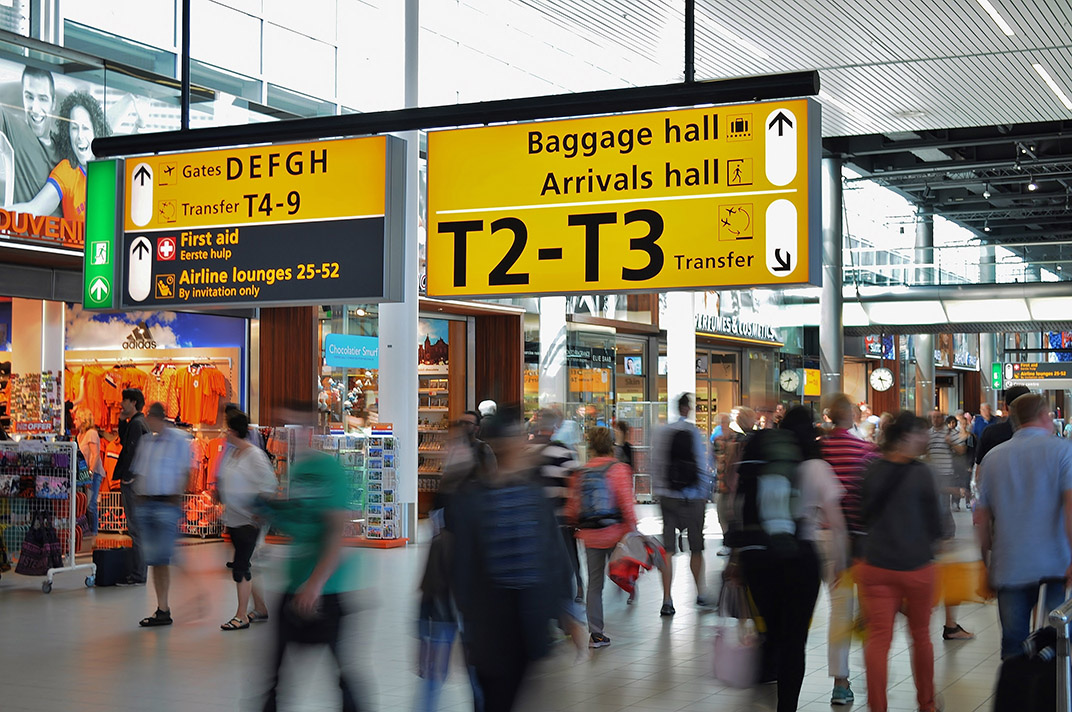 There are many factors that contribute to the price of a flight, among these many are ones that you can’t control (such as the price of fuel) but there are also many you can. So without further ado, let’s talk about how to score the cheapest possible tickets without any voodoo.

Unsurprisingly, peak seasons tend to be more expensive than off seasons. If you want to see the cherry blossoms in Japan, or drink a few maßkrug of beer at Munich’s Oktoberfest, you’re going to find yourself paying more than you would if you had gone at a different time. If the factor driving up the price is something you’re not that interested in or can do without, consider changing the time of year you’re going on your trip. Yes, Italy is probably more enjoyable outdoors in the spring but if you mainly just want to eat pizza, drink wine, and visit museums then you can just as easily do that in the fall at a fraction of the price. My favorite tool to scope when the cheap flights are to a certain destination is Google Flights. When you go there, select your starting and ending point and then open the date picker - it will overlay prices for the dates to reflect the cheapest tickets that are on that date. You can also use the price graph or date grid if you prefer that.

Important, and maybe not so obvious tip: Winter and summer are swapped in the southern hemisphere. If you’re going somewhere like New Zealand in August expecting sunshine and warm weather you’re going to be in for a lot of disappointment.

Fly in the middle of the week, during odd times

The day of the week makes a gigantic difference in price for flights. Almost everyone prefers to travel on weekends or at the beginning/end of the week. Since many people want to and tend to book their vacations for entire work weeks at a time (i.e. work until Friday, off starting Monday) this means that logically I’d probably want to make use of my vacation time and start my trip as soon as possible like on Friday night or on Saturday. That being said, this demand drives up the price of flights on those days. Take a look at this set of prices to go from Toronto to Munich (screenshot taken on Dec 29, 2019 for prices in June 2020) 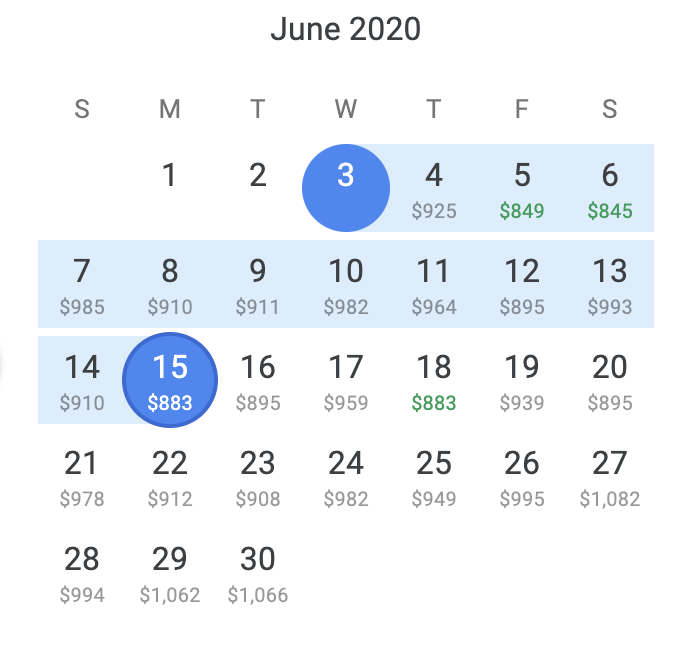 By choosing to leave on Wednesday and come back on a Monday you’re paying $883 versus say leaving on Sunday the 7th and coming back on Sunday the 21st which costs $994 which is a whole $111 of difference. If you’re going with your partner, that’s over two hundred dollars saved on just flights alone for what is at worst a minor inconvenience. Again, Google Flights is your best friend here for locking down the cheapest days and times.

Regarding time of day, we run into a similar problem - people generally want to fly out at convenient times. Particularly in the evening, after work or late morning so they have enough time to get breakfast and pack bags. Few people want to get up at three in the morning when it is unclear if public transit is even running and make their groggy way down to the airport. However, despite that inconvenience you have a lot to gain by leaving at night:

Play around with where you’re flying from and to

A tip for my fellow Torontonians; this may be something you already know but flights from the US are generally cheaper than Canadian flights due to lower taxes. Therefore, if you’re up for it, it may be cheaper to drive down to Buffalo and fly from there.

In terms of your destination, consider that it may be cheaper to fly into somewhere near your destination and then make your way over using either a budget airline, train, or bus rather than flying directly to the destination. This also gives you options to explore more of the world. Personal anecdote time: When I wanted to go Oktoberfest in Munich with some of my friends some years back, I was looking at prices for flights around that time directly from Toronto and they were all $1100 and up. I then started to broaden my search and found that if I fly into Amsterdam and fly back from Berlin I could get round trip tickets for $700 around the same time of year. Between me and my wife, that’s a huge difference in price. The boys were all excited to do Amsterdam in addition to Munich anyways, so it actually made our trip even better that we didn’t fly directly to Munich. We used trains and budget airlines to make our way in and out of Munich which, even with that additional cost, we still saved hundreds of dollars in the end.

Looking at Google Flights, you can quickly pick up where some of the cheapest destinations in Europe are (Dublin, Barcelona, Lisbon, Brussels, Paris, Rome) and where some of the more expensive are (Munich, Zurich, Milan, Vienna). Try playing around with combinations where you fly into one, and fly out of another - this adds to how many places you get to see and can make flights a lot cheaper. 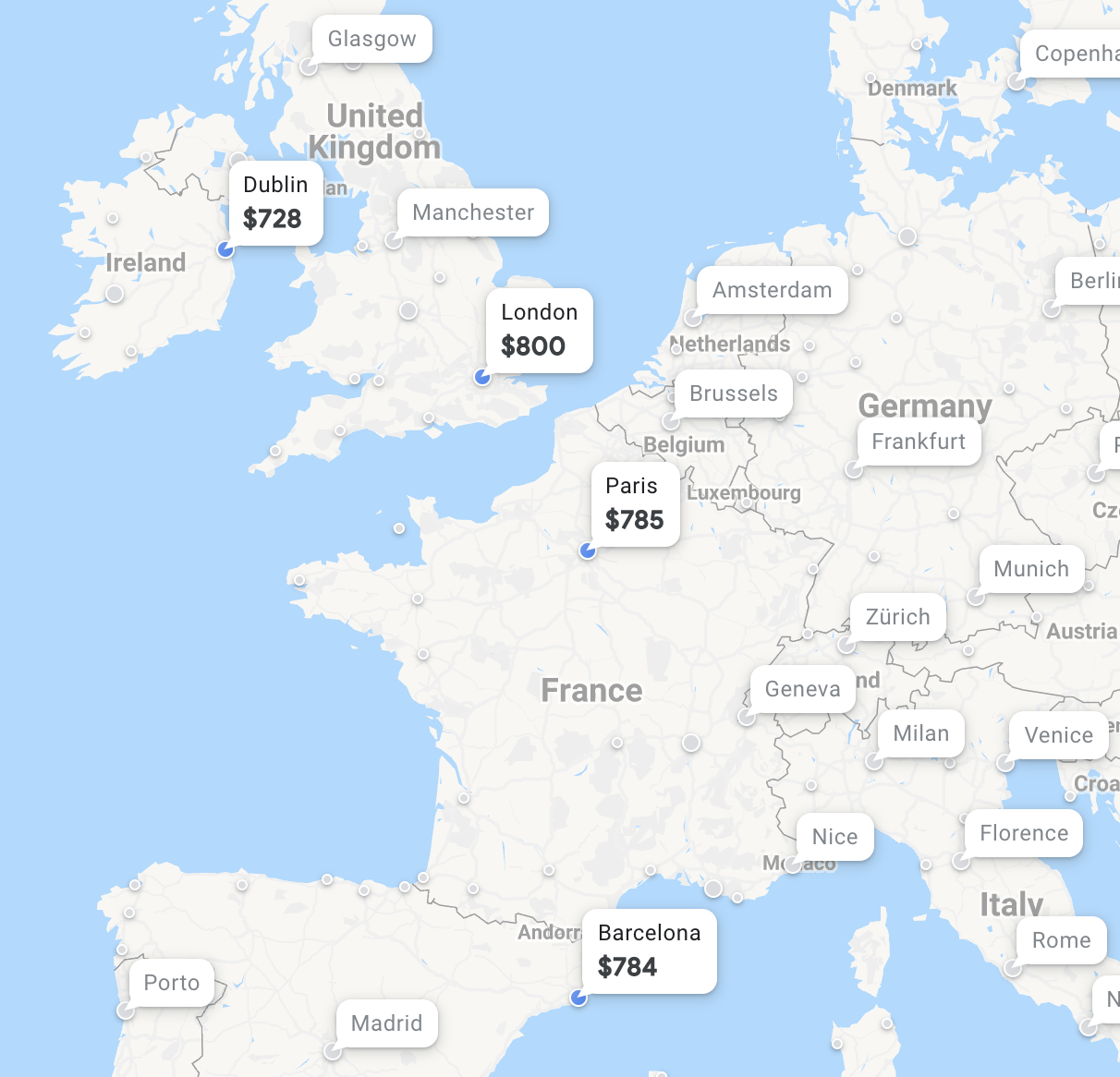 Book early, but not too early

Unless you get extremely lucky with a standby flight (i.e. where there’s extra seats on a plane that the airline is going to sell off for a fraction of their value) or a very unlikely last minute deal, the best time to book a flight is roughly three weeks to four months ahead of time. I’d argue that the exact time in-between doesn’t really matter; while prices do fluctuate it’s generally not enough of a difference that it matters. That being said, what I’d definitely recommend against is buying tickets last minute - firstly, the prices do tend to jump up dramatically a few days before the flight date and secondly last minute flight bookings are a huge red flag when it comes to crossing the border. The only time I’ve had my luggage thoroughly searched was when I booked a last minute flight for work - the border agent that was rifling through my bags told me as much. Moreover, if you, like me like to have your ducks in a row before you set out on your trip then you’d probably want to book your hotels, tours and the like ahead of time and knowing when exactly you’re flying in and when you’re leaving will help you narrow down the timing for when you need to book those things. I like to book my flights first, then hotels, then tours, in that order.

Here’s a few more minor things to consider that can save you some money.

While this varies between airlines and country of business, as a rule of thumb many airlines offer 24 hour 100% refund cancellations on any flights. If you booked your flight but see a better deal the next day - do not hesitate to call in, cancel, and rebook. I’ve saved a few hundred bucks this way in the past.

Make use of coupons and discount codes

If you’re ever faced with a shitty situation that’s the fault of an airline, make sure to make your voice heard. Firstly, it makes sure that the airline is aware they screwed up so they can improve for next time, but it can also lead to them giving you discount codes. When faced with a rather annoying mistake from Air Canada one time, I called in to voice my complaint and was offered a 10% discount on my next booking which is a substantial amount of savings.

Note that I’m not advocating for being a whiner about your “ice cold Camembert and broken crackers” but to simply be fair and get airlines to own up to their mistakes when you’ve been wronged. Don’t just let them jerk you around without compensation.

The points you earn from loyalty programs can sometimes be very usefully put towards hotels (in addition to flights) bringing down the cost of your trip. Since trans-Atlantic flights cost more than a night or two at a hotel as a rule of thumb, you’ll be able to redeem those points a lot faster for accommodation than for flying, making good use of them.

Consequently, sometimes it is “cheaper” to take the more expensive flight on the airline that you have loyalty points with, and accrue more points rather than booking the cheaper flight and getting no points at all.

Don’t cheap out all the way, unless you have to

While low-cost, budget airlines can reduce ticket prices a lot by doing away with included checked bags, flying out of smaller airports, and not offering included food, they can also be a nightmare of frustrations. One of the cheapest ways to get to Europe from Toronto is to fly Jet Airway’s route to Brussels but after having done it twice I really would not recommend the experience and have since opted instead to pay about a hundred dollars more per round trip for tickets on Air Canada or some other airline. The lower price does manifest itself in overcrowded flights with poor quality food and worse service. If you’re a student and really tight on cash, it may be worth to forgo some of those comforts but if you’re able to afford it I’d really recommend to not cheap out all the way. Spending upwards of eight hours sitting on a cheap flight and undergoing unnecessary layovers can really put a damper on your holidays that can make the rest of your trip much less enjoyable.

When I wanted to fly from Munich to Kyiv I opted to use a budget airline (Wizz Air) since the price was a lot cheaper than trying to fly on Lufthansa, but the “Munich” airport of Wizz Air was in Memmingerberg which is about an hour and a half drive west of Munich with no train service there. Since my flight was in the morning and I didn’t want to rent a car and have to deal with the long drive and returning it, I ended up getting a drive from a friend the night before and staying the night in a cheap hotel in Memmingerberg only to leave the next morning. This was a calculated move, and I still think it was the best option for me at the time, but it may not be the best option for you. Just something to consider.

I also want to use this opportunity to link out to a fantastic YouTube video by Wendover Productions that goes in-depth on explaining how budget airlines work and why they’re cheap.