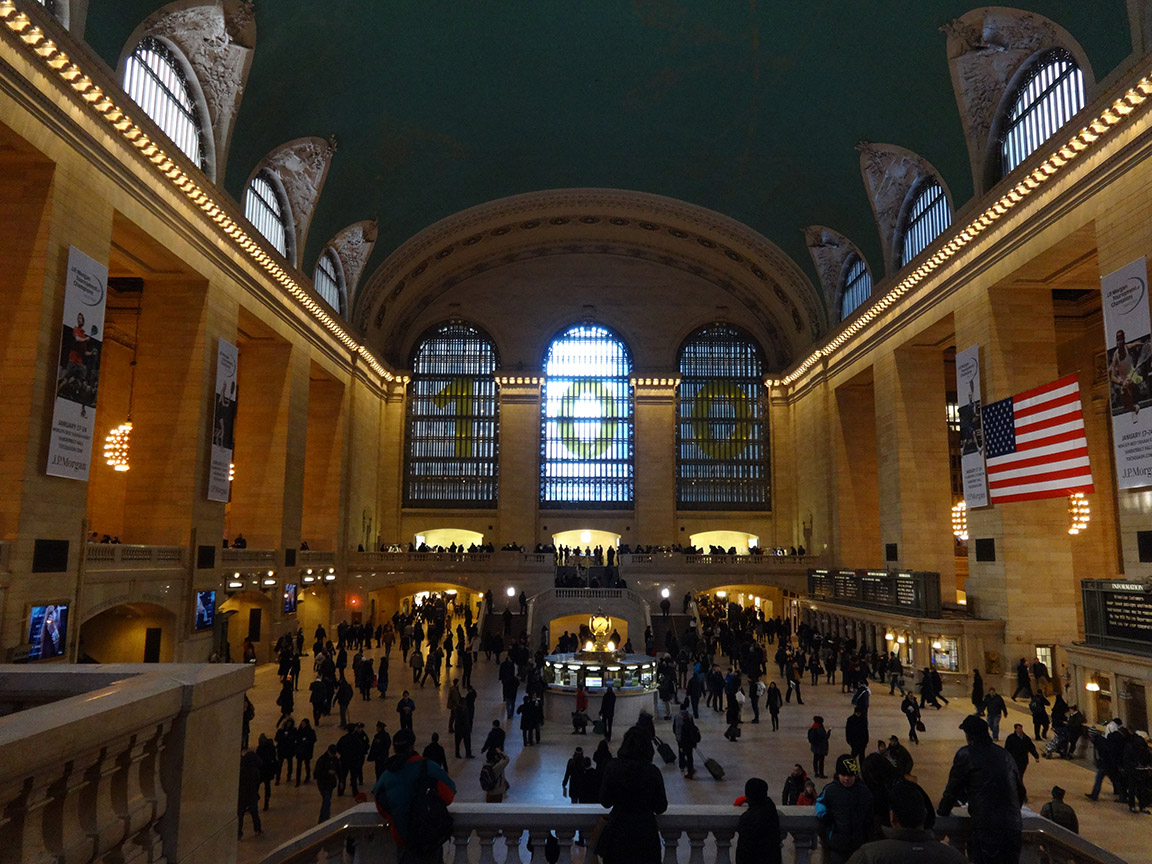 I love the organizational style of WikiVoyage so I’m going to somewhat mimic it here.

New York City is the capital city of the state of New York, located in the north-eastern part of the US. The city consists of five boroughs: Manhattan, Queens, The Bronx, Brooklyn, and Staten Island. Manhattan is an island, connected by multiple bridges to the mainland and contains most of the landmarks you think of when you think of New York. It is the borough that I’ve explored the most, and the one I enjoyed the most, so this guide will focus pretty much on Manhattan and more or less ignore the other boroughs. While there’s definitely things to see there, I am not the right person to tell that story.

Fun fact: Before being taken by the British and named “New York”, New York was a Dutch colony and was called New Amsterdam. You may see references to this fact in places, and it is not a surprise that many of the uber-elite old families of New York have Dutch-sounding last names.

Many ways to get into New York - I’m looking at this from the perspective of a Torontonian.

The drive is about eight hours long. Enter the US from Fort Erie (near Niagara falls) by taking the QEW west all the way (it goes right up to the border). Alternatively you can drive east on the 401 all the way past Kingston, then south at the border crossing there. This will add about an hour to your drive but it may be faster at customs due to the lower volume of people going through there. You’d also be trading busy city areas for more nature which is a plus.

There are three airports that fly to New York. LaGuardia and JFK are in New York itself and you can take many different airlines to get there such as Air Canada or United which means you’d probably be flying out of Pearson in Toronto which may jack up the price of the ticket. To save on the cost a bit, consider flying to the third option - Newark airport via Porter Airlines (YTZ, Billy Bishop Airport in downtown Toronto). Newark is actually in New Jersey despite the fact that you’ll see the airport listed as New York. This is because Newark is situated only a short(ish) taxi ride (~40 min) away from Manhattan. There’s also a train that goes from the airport. Porter usually has sales every two weeks (sign up for their newsletter to get notified) where you can save on the price a decent bit. Note that Porter charges ~$26 CAD for any piece of checked luggage.

There’s pretty cheap tickets for greyhound that will take you there. If you’re on a budget and don’t want to drive, this is a decent option.

You can take VIA/Amtrak; it costs roughly as much as flying and takes longer, but at least you don’t have to get your nuts fondled by the TSA? That’s always a plus? Or maybe a minus, I’m not sure.

The best way to see NYC, especially Manhattan, is walking. Manhattan is so dense that everything tends to be pretty close together. Along the way you can see many sights you may not have known about. Jaywalking is a way of life in NYC and you will see everyone doing it, just be extra careful not to get hit by cars since the Americans don’t have a stellar reputation for providing low cost healthcare.

The New York subway system is great and will take you almost anywhere you need to go. Depending on the length of your stay, it may be worth it to get the “week pass” which allows unlimited travel for 7 days (this costs $30 USD). Otherwise, it costs about $3 USD/ride. To take the subway, go into any subway station and buy a card from the machine (it costs $1 USD for the card). This card is rechargeable and can be used for both the time-based 7 day week pass or on a per-trip basis. It is possible to use the same card for multiple people (at least for the single ride, but I’m not sure about the weekly pass).

There are many subway lines and they all have a color indicator (one color per line). Aside from the color, the trains and stations also have a letter or number designator. For the same line (route) there may be variations of sets of stations that trains will stop at. That is, if you look at the map, you may see two orange lines going the same path but “B” may stop at different stations than “C”.

New York is full of the quintessential yellow cabs. Taxis can be hailed down from anywhere but you cannot order a taxi ahead of time (e.g. to pick you up at a set time). There is no number to call and you cannot order them online. The only way to get a taxi is to stand outside and hail one down. This means that if you need to get to an airport, your best bet is to use a car service or call an Uber/Lyft. Most hotels can order one for you and the price is about the same as it would be for a taxi ride. Also keep in mind that taxis do a shift-change around 5PM and it will be incredibly difficult to find and get a ride anywhere that’s not short distance at this time.

There’s the general sights that you’ve probably heard of many times before like the Statue of Liberty, Times Square, Grand Central Terminal, Rockerfeller Center, Empire State Building, and Central Park. Those are all fun to see at least once but out of the slightly less known about sights I’d recommend:

My favorite thing about NYC is the food, which I’ll get into in the next section but it’s also known for Broadway so if you are a fan of live entertainment, book yourself a ticket to see a show.

Another great place to check out is the American Museum of Natural History. It’s got a great planetarium as well as lots of other cool exhibits, and is probably the best way to spend a bad-weather day. 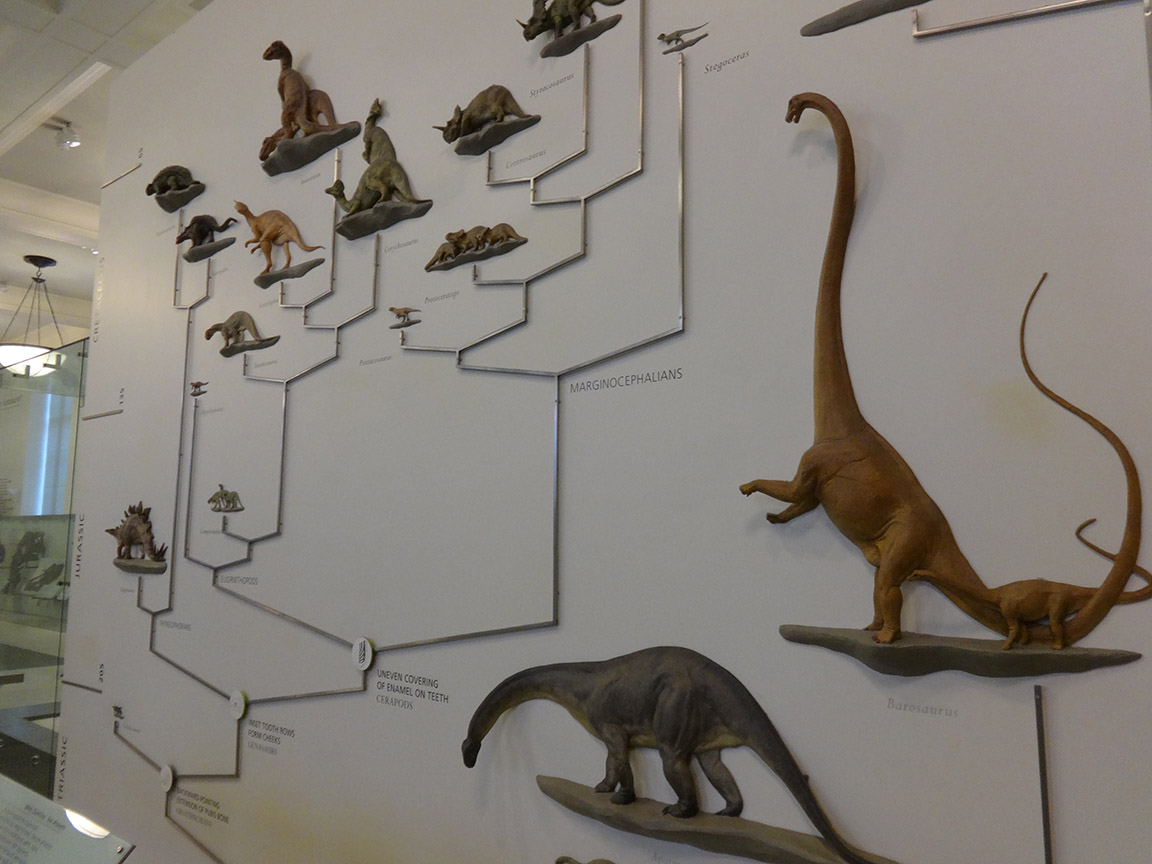 My favorite part of NYC was the restaurants. I highly recommend for you to make a point of it (especially if your time in NYC is limited) to plan where you will eat ahead of time as there are an incredible amount of must-go-to places. Among them, here are some of my favorites:

This pizza restaurant has been making fresh, brick oven baked pizza since 1929. Last I went they take only cash (they do take card now), they do not make reservations, and they pretty much serve nothing but pizza. That being said, I think it is the best pizza I have ever had in my life. Website here.

This is a hot-dog place that also servers some fantastic smoothies. It a historic location that has been featured on some famous shows like Seinfeld. It is incredibly cheap and gives you a perfect chance to experience a “real New York hot dog”. The smoothies are to die for. Get the recession special (2 hot dogs and 1 juice for 5 bucks!). Website here.

A very unique burger experience. One of the best burgers I’ve had in my life, but the location is what makes this place amazing. The location is inside a fancy French hotel (La Parker Meridien). That’s right - as you enter the hotel you are surrounded by a fancy bar lounge with businessmen in suits and ties sitting on leather couches. Red velvet drapes everywhere. You make your way through to the hotel reception and see a bunch of curtains around you. You dive behind the curtains and see a long dark hallway and a glowing neon sign in the shape of a burger. You make your way to the sign and see a door on the side. As you enter, you are in a tiny room that looks like a homey burger place! That’s Burger Joint. A truly unique and awesome experience. Website here.

There’s many, and some have interesting options. I don’t really have a favorite to recommend but I would recommend to try at least one that catches your eye since it is definitely a popular thing to do in New York. 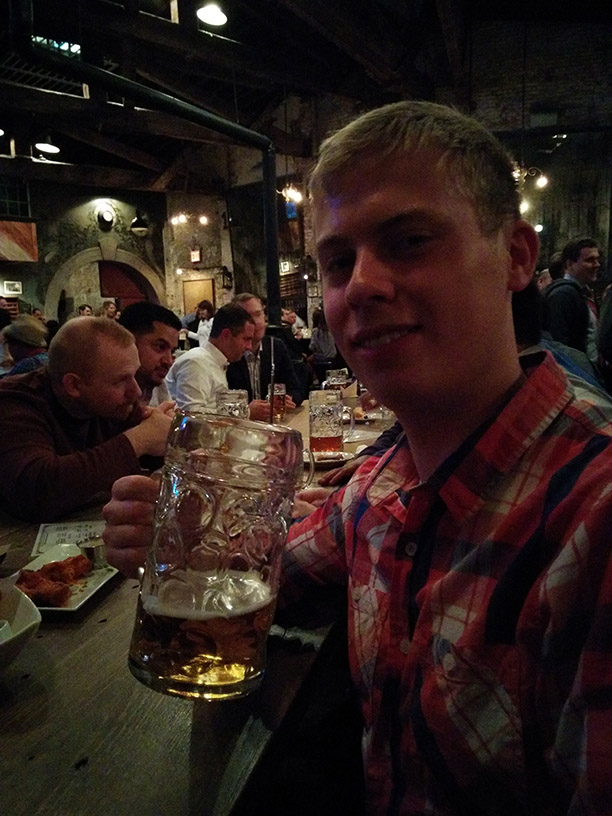 There’s no shortage of souvenirs and they’re generally cheap. My favorite souvenirs are toys from the old flagship FAO Schwartz location but that has since closed so unfortunately you’ll have to think of something else.

Hotels in NYC are unsurprisingly expensive but there’s some ‘hidden’ gems if you’re trying to save a buck. If you’re in NYC on your own dime I would highly recommend the ‘Soho Garden Hotel’ (formerly ‘Tribeca Blu’) the price is only about $100/night which is quite fantastic, especially compared to most hotels in Manhattan which are about $300/night this is definitely a bargain. What’s the catch you ask? Well, the hotel rooms are incredibly small. By incredibly I mean they’re about the size of a walk in closet with a tiny washroom attached. They’re also overlooking Canal St. which is a huge busy street and the noise from street may be distracting to you while you sleep. That being said, it is a very clean hotel with friendly staff and is right in the middle of Manhattan. It’s beside a subway stop which makes it very convenient for sightseeing.

Aside from the usual common sense of not walking through bad neighborhoods at night flaunting your money and looking like a tourist, there’s also the topic of health insurance - don’t leave home without it! Even if you’re only gone for a week, you have no excuse to not buy out-of-country travel insurance. Better safe than sorry, because a hospital bill from the states is no laughing matter. Tap Water is perfectly drinkable.